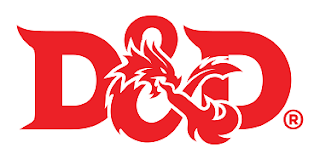 When is a spider not a spider? Leave it in a Nithian necritorium for too long, and this is what you get.....

Better late than never, one supposes.
Read more »
Posted by RobJN at 9:50 AM No comments:

DM's Workshop: On the Level 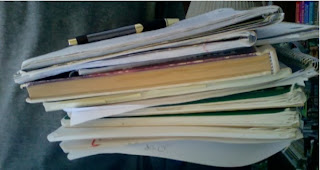 I have been sitting on top of this hastily-scribbled map-with-some-barely-legible-notes for the better part of.... too many years that I care to admit.

The Internet has claimed today as the day to celebrate game masters, commemorating the passing of one of the creators of RPGs as we know them, Gary Gygax. So lift a glass in honor of your GM, or DM, or Admin, Keeper... whatever you might call the fellow player who's taken up the mantle and lurks behind the screen at the end of your game table.

Varis charged. We cursed. The kobolds atop the walls barked curses of their own. The girls and the whelps screamed. Their orderly file towards the keep’s doors turned to a headlong dash.

A number of years ago, I decided to convert some of the opening arc of Thorn’s Chronicle into an actual play-it-at-your-table adventure for my fellow D&D and Mystara fans. But as I’ve always loved the Alternity Science Fiction Roleplaying Game, I concurrently developed the adventure for that system as well, with the help of fan generated conversions of (A)D&D creatures courtesy of Red Dragon’s Alternity Fantasy conversion rules.

Many years have passed, and a new version of Alternity has been written by Sasquatch Game Studio. As is my usual modus operandi for learning a new system, I got a handle on most of the rules during character creation (or, in this case, something of a conversion) for last year's Alternity Game Day, cooking up versions of the four core heroes from Thorn's Chronicle.

This year, I took a closer look at the gameplay mechanics, running those heroes through a rough conversion of the opening encounter. I was pleasantly surprised by the flexibility of the newer ruleset, despite the fact that it is still missing any sort of fantasy or arcane expansion.

And, of course… the writer in me couldn’t resist translating those die rolls and notes scratched across several handfuls of index cards into something resembling a narrative. A “what if..?”… the Chronicle’s heroes had approached Threshold from the south, and seen the notices tacked up in the marketplace, and heard the town criers, over the ringing of their brass bells, entreating those of the adventurous sort to make haste to Tarnskeep, where the Baron offered reward for those brave enough to seek out the answers to the mysteries beneath Castle Mistamere, and in the dark beneath the caves in the Black Peaks…. 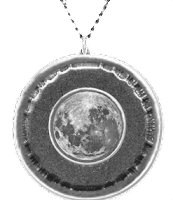 I see you for what you are, she thought. Did the woman’s eyes widen, ever so slightly? The girl drew breath to speak.