The titular character has proven to be quite the thorn in my side, with regards to 5th Edition. He was actually a bit problematic in his original BECMI/RC incarnation as well, though, for many of the same reasons.


His character concept is modeled more after the real-world druids than the "nature priest" that has sprung up throughout the various editions of Dungeons & Dragons. The druidic orders of Traladara, as written, serve as historians, arbiters, and magistrates; their "living apart from cities" has more to do with avoiding appearances of playing favorites among the various clans, tribes, and city-states than any sort of worship of nature. Respect it, yes, they do that, seeing it as a reflection of the impartial balance and order they are tasked 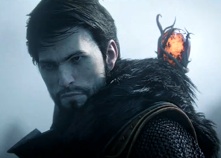 So, rather than going with the "guardian-of-nature-who-takes-the-shape-of-her-animals" type, I have made Thorn a bard (minus some of the bardic class elements). He draws his spells from the Bard and Druid spell lists, but I have only given him those which most closely mimic what he has already been seen to cast within the Chronicle storyline.

His "countercharm" ability might also need some tweaking, since with his scarred throat, he is no longer able to project his voice as far as he used to.

Also not (yet) noted on the sheet below, Thorn's 4th-level feat: Keen Mind. Appropriate, given his role as observer and chronicler. 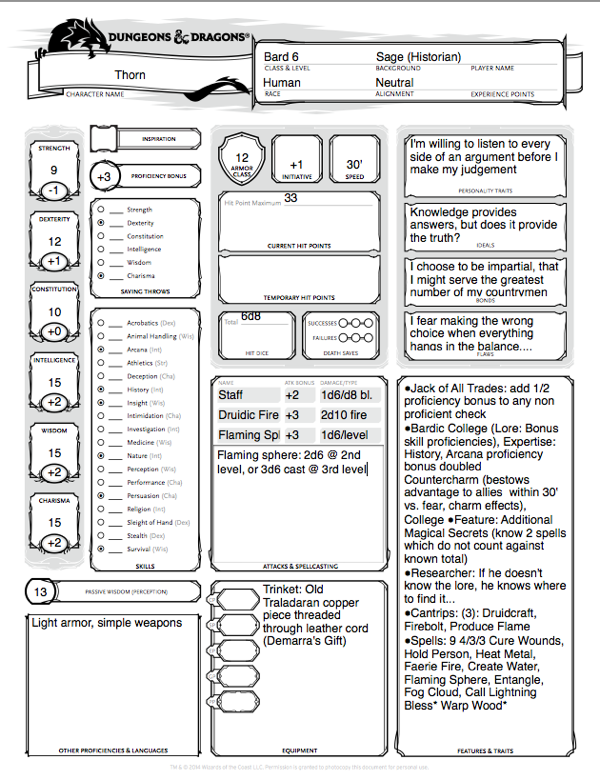